SpaceInvader is now targeting Norway and establishing itself in Eastern Norway, where the company already has a foothold with its space optimization system for the logistics industry, which offers cost reductions and the CO2 footprint.

With the entry in Norway, 38-year-old Christian Gulbrandsen will be the Country Manager who will kick off the company’s growth in the Norwegian market. Danish SpaceInvader has developed, patented and launched a flexible transport system, which enables double stacking of pallets and thus increasing space utilization of the cargo space in trucks. The solution consists of a 120 cm lightweight aluminum frame, which slides into the bottom of each side of a EUR pallet, thus making it possible to stack several pallets safely on top of each other. The company already has a good grip on the Norwegian market, as Norway’s largest food distributor, ASKO, uses the solution in several of their many terminals, after a test route showed a 20% savings in transport costs and a corresponding CO2 reduction.

“ASKO has helped us open the door to the Norwegian market, and we are now ready to grow and happy to have Christian on board. As Country Manager in Norway, Christian will draw on his experience from the logistics industry.”

He continues: “We hear from the Norwegian operators that our solution is an interesting efficiency tool for achieving a better filling rate – not least due to the large distances and high tolls in Norway.”

From challenge to invention

Christian Gulbrandsen is not new to SpaceInvader and has been on the sidelines for a long time. With his background in logistics, Christian challenged his Danish brother-in-law, blacksmith and architect, Jesper Rølund, to develop a solution that could optimize the freight capacity of trucks. Jesper took on that challenge, patented and developed the SpaceInvader stand and founded the company SpaceInvader in 2015. Gulbrandsen has since been involved in developing and market testing SpaceInvader, including with ASKO and as Store Manager in the supermarket chain, KIWI.

“In Norway, it is important to optimize the freight in every truck to keep costs down. We can see that the highest possible filling degree in each transport is given high priority. If you succeed in this, you can reduce transport costs significantly, and at the same time reduce the number of trucks on the roads, which naturally leads to less wear and tear on roads and equipment, lower fuel consumption and reduced CO2 emissions. Norwegians really prioritize green solutions,” says Frederiksen.

Hits the ground in full speed

“I very much look forward to getting started here in Norway, where the market is very positive. I almost hit the ground running, as we already have many trial programs with  both carriers and transport customers. Thousands of kilometers are driven on the Norwegian roads, so the potential is big, and we are very interested in the SpaceInvader solution ”, says Christian Guldbrandsen.

SpaceInvader establishes its new Norwegian office in Eastern Norway. This central location is a good starting point for being able to reach and service customers throughout Norway.

Christian has a long career in logistics, where he has worked in procurement,  sales and management. He has experience from most of the supply chain and has experience from both the retail, wholesale and distribution sectors, especially in the food and grocery sector. Christian most recently comes from a position as sales manager at Scandza AS. He is 38 years old, married and has 3 children. Before joining the logistics industry, Guldbrandsen attended the aviation school. 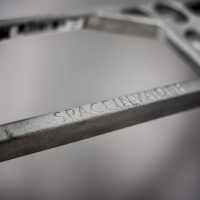